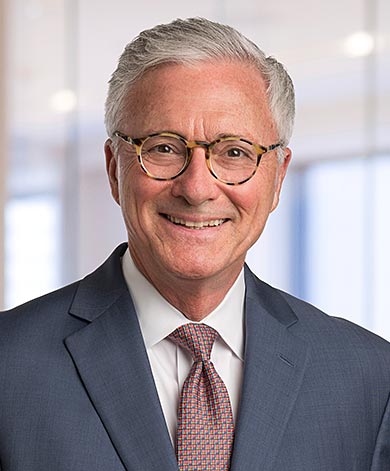 Hon. Lawrence F. Stengel (Ret.) is the Chief Executive Officer of Optimal Dispute Resolutions. He works with parties or counsel to mediate or arbitrate disputes in all areas of the law, with a focus on the fair resolution of each case in a professional, ethical, and practical manner. His 28-year judicial career has prepared him to take an objective, realistic, and credible approach to the mediation/arbitration process and provide effective resolutions in all cases, including complex, multi-party matters.

Prior to leading Optimal Dispute Resolutions, Judge Stengel served as the Chief Judge of the United States District Court for the Eastern District of Pennsylvania. Judge Stengel has proudly served the community for nearly three decades, serving for 14 years as a United States District Judge for the Eastern District of Pennsylvania (EDPA) and 14 years on the Lancaster County Court of Common Pleas.

From 1990 until 2004, Stengel served as a judge on the Lancaster County Court of Common Pleas where he presided over hundreds of trials, jury and nonjury; wrote hundreds of opinions; and conducted settlement conferences in numerous cases. He handled 20 homicide cases, two of which were capital cases that went to trial. His state court work included many complex negligence, product liability, professional malpractice, land use, and commercial cases involving trials, hearings, motions, and settlements. In 2003, he was nominated to a seat on the United States District Court for the Eastern District of Pennsylvania by President George W. Bush and was confirmed by the United States Senate on June 16, 2004.

Early in his career, from 1980 to 1984, he was in private practice in Pittsburgh with Dickie, McCamey, and Chilcote, P.C. He then began his own practice in Lancaster with his father, Lawrence E. Stengel, from 1985 until 1990.

At the federal level, Judge Stengel has written hundreds of opinions and has presided over dozens of civil and criminal trials, including two Multi-District Litigation cases. In 2009 he was appointed to the Judicial Conference Committee on Judicial Resources, the committee responsible for human resources policy for the entire federal judiciary. He was subsequently named Chairman of the Committee by Chief Justice Roberts in 2015.

Presidents Award, Pennsylvania Conference of State Trial Judges, 2002, for preparing and presenting a panel discussion on Racial Disparity in Sentencing at a statewide judges’ conference

Distinguished Citizen of the Year Award, Pennsylvania Dutch Council of the Boy Scouts of America