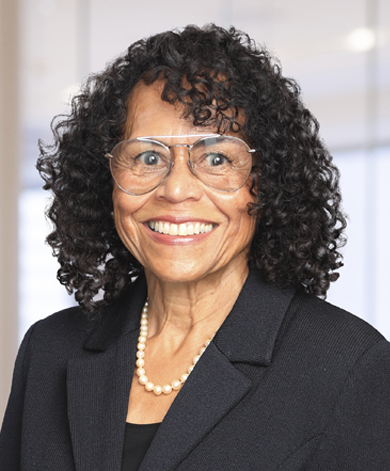 Hon. Margaret Seymour focuses her practice on mediations, arbitrations, investigations, and equal opportunity and labor disputes. Her accomplished legal career in South Carolina includes serving as the first African American woman to be a federal judge in South Carolina and the first African American to hold the title of chief federal judge in the state.

Judge Seymour brings decades of experience as an attorney, a federal judge and a public servant to assist clients as they navigate their complex legal issues and guide them through the intricacies of the legal system. Her significant, barrier-breaking career on the bench culminated with 26 years as a federal judge for the U.S. District Court for the District of South Carolina where she served as the court’s chief judge and later took senior status. Nominated for the post by former President Bill Clinton and confirmed by the U.S. Senate, she ascended to the district court judge position after spending two years as a U.S. magistrate judge for the South Carolina federal court from 1996 to 1998.

Prior to her time on the bench, Judge Seymour worked as an assistant U.S. attorney for the District of South Carolina, during which time she was twice named the interim U.S. attorney for the district. She began her career first working for the federal government as an equal opportunity specialist for the U.S. Department of Health, Education and Welfare while earning her law degree from American University, Washington College of Law. After a year in the same position at the U.S. Equal Opportunity Commission, she began her law career as an attorney for the Office of Civil Rights for the U.S. Department of Education. After a short stint in private practice, she returned to government work and as an assistant U.S. attorney in South Carolina.

During her twenty-six years on the bench, Judge Seymour presided over numerous criminal matters, including multi-defendant drug conspiracies, white collar crime, child pornography, and human trafficking, as well as a Ponzi scheme that affected hundreds of victims and restitution of $82,000,000. She also handled a full docket of civil cases, including environmental cleanup disputes, multi-state class action litigation, taxation matters, and products liability claims, and bankruptcy and social security appeals. She sat on the Court of Appeals for the Fourth Circuit by designation, and also participated in two three judge panel redistricting cases. Judge Seymour was twice appointed to the Judicial Conference Committee on the Administration of the Bankruptcy System by the Honorable John G. Roberts, Jr.